The floodgates have opened to scandals about sexual abuse from high level people in Hollywood.

We shouldn’t be surprised at the numbers, right? The “Casting Couch” is a dirty joke for a reason. This ousting of abusive, harassing jerks has been long awaited.

But now with this news comes the moral dilemma — can we continue to consume content knowing someone who made the film is a creep? Series have been cancelled, movies have halted production, and companies no longer want to work with those who’ve been named, but what happens when the choice is left to us?

I’ve written before on a moral dilemma surrounding the creation of a film and the final product.

I’ve also had this internal crisis with an author I once admired — Orson Scott Card. I had already read and enjoyed several of the Ender’s Game books before I found out how much a bigot the author was. It was hard to fathom how he could promote empathy and understanding in his writing, but not in real life.

Shelley Duvall was forced to do 127 takes during that baseball bat scene in Stanley Kubrick’s The Shining. Several documentaries, including one by Kubrick’s own daughter, showed Duvall intentionally bullied. Kubrick told crew members not to sympathize with her, and she skirted illness constantly due to the stress.

Duvall did not have many acting credits after her 13 month stint on The Shining, and is reportedly not in good mental health these days.

Tippi Hedren dealt with Alfred Hitchcock’s obsession and sexual abuse on The Birds and Marnie. She said he would suddenly grab her, put his hands on her and become “petulant” whenever she talked to another man. He even jumped on top of her and tried to kiss her in a limo. He tortured Hedren on set with live birds when he was supposed to use fake ones. She described the scene as brutal and relentless. 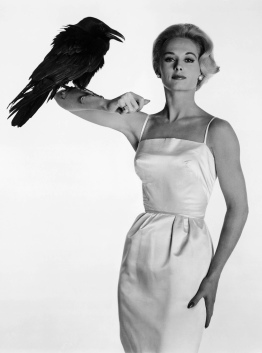 Hitchcock threatened to ruin Hedren’s career when she wouldn’t cave to his advances.

In an interview with Variety in 2016, she explained why she opened up about the abuse in her memoir:

I wanted to let women, especially young women, know never to allow that kind of approach and to be forceful in telling people you’re not interested in having that kind of a relationship. It’s not a bad thing to say no.

This abuse doesn’t live solely in the past. Finally, women and men are taking on their abusers in order to create change in a problematic industry.

Then there’s us. The consumers. Articles like the one below are popping up everywhere, everyone wondering: What should we do now?

It’s all down to personal choice at this point. If Netflix didn’t cancel House of Cards, could you still watch it? Will movies from the Weinstein Company leave a bad taste in your conscience?

Yes, it’s problematic when things we like are made by people we don’t agree with on a fundamental level. There are several things we can do, though.

Your opinion matters. Keep the discussion going. It’s the best way to turn things around so future generations don’t have these stories anymore.

Tippi Hedren on Why She Went Public About Being Sexually Abused

He’s a Creep, but Wow, What an Artist!

The Real Horror of ‘The Shining’: The Story of Shelley Duvall