When the Sonic the Hedgehog movie trailer came out, there was an immediate critical backlash from the fans of the classic game. This prompted the director, Jeff Fowler, to backpedal and acquiesce — that he heard the critique and vows to have it fixed.

Thank you for the support. And the criticism. The message is loud and clear… you aren’t happy with the design & you want changes. It’s going to happen. Everyone at Paramount & Sega are fully committed to making this character the BEST he can be… #sonicmovie #gottafixfast 🔧✌️

The problematic part is the “gotta fix fast” hashtag. I wrote this article for Den of Geek in 2013, regarding Life of Pi. The live-action film was heavy with VFX worlds, creatures and scenarios. It won an Oscar for those visuals while simultaneously the VFX artists were losing their jobs.

This problem still persists. In February 2019, the VFX artists who worked on Bohemian Rhapsody, another Oscar winner, were owed tens of thousands of pounds.

“The incentives are all wrong in VFX,” said Paul Evans of the U.K.’s Broadcasting, Entertainment, Communications and Theatre Union. “A lot of the risks end up on the shoulders of freelance workers who have to cushion the industry by accepting long periods of unpaid overtime work and working-hours that are very sub-optimal in terms of creativity and productivity. It’s an industry that drives talented people out.”

VFX artists work some of the most grueling hours — and on many large blockbuster films were not even being fairly compensated for their work, even losing their jobs.

Regarding Sonic, fans have made their own creative contributions. Edward Pun tweeted his redesign that more faithfully adapts the little blue hedgehog as he appeared in the game.

The question remains why the studio didn’t think of emulating the classic Sonic look. When you adapt an established character, why fundamentally change his appearance? Sure there’s going to be a visible change from 2-D game graphic to film, but it shouldn’t be drastically different or you risk alienating the built-in fan base you’re supposed to cater to. The Sonic film version combines weirdly human eyes and mouth and those absurdly long pajama-bottom legs.

And if you think it can’t be done, just look at all the classic video game characters rendered in the Wreck it Ralph movies. Somehow they bridged the gap between old school 2-D sprites and fully realized 3D forms. It can be done. 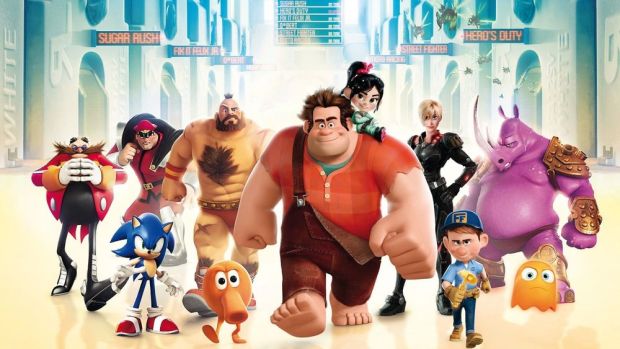 Oh hey, look who came to this party.

I hope the studio treats their VFX artists well during the second round of animation. No amount of bad design is worth the artists trading their lives and livelihoods.

Besides the bad design, the movie looks like another cute family-friendly action fest. Maybe that will be enough even if this redesign doesn’t take place.